If you records have a value that allows you to order them then you can compare a field to the same field in the previous record. In this sample we compare the purchase price of an item to the last purchase price for that item. 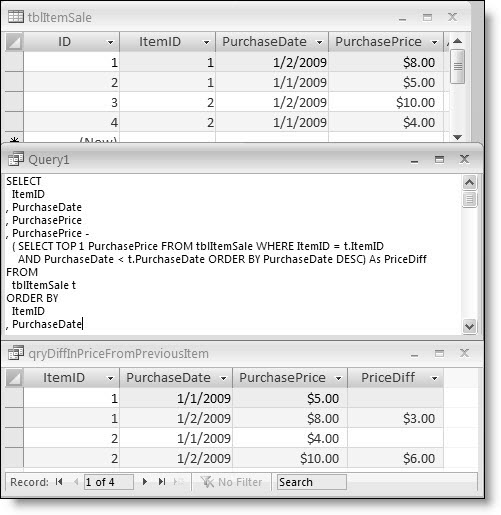